Day Job/Night Job: Eric Newell Is Not Afraid to Serve His Community in Different Ways 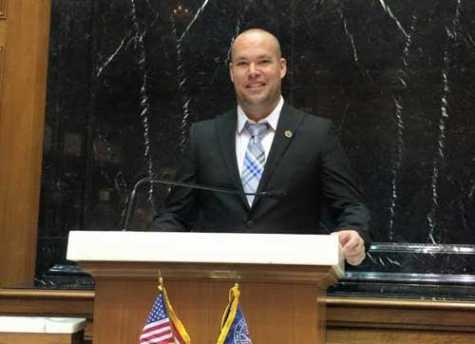 Eric Newell is a member of the Building and Planning Commission of Lowell, IN, when he isn't working as an area marketing manager for asTech.

As a part-time firefighter, a member of his town's Building and Planning Commission and an area marketing manager for asTech---a company that focuses on providing OEM diagnostics to collision repair shops nationwide---Eric Newell, 36, is adept at multi-tasking, to say the least.

When he isn't going into burning structures to save lives or working for asTech, he is making crucial decisions about the future of Lowell, IN---a town whose slogan is "A Friendly Town of Friendly People” with a population of approximately 9,000.

Newell broke into the collision repair industry as an estimator for Cars Collision, an MSO with locations in Indiana and Colorado before the business was bought by Gerber Collision & Glass. He redirected his career from there and decided to become a full-time firefighter.

"I'm in my 10th year now as a firefighter, and I love it because I can help people and play an important role," he said. "I also love the brotherhood that exists between firefighters."

After completing his two-year training to become a paramedic and a firefighter, Newell was assigned to Fire Station 1 in Schererville, IN. He immediately took to his new job and excelled at his new role.

"It's an exciting and fascinating life with something new and different to do literally every day," he said. “After two years, I was elected and became our union president of the Professional Firefighters of Schererville and subsequently became a member of the state organization's board."

In 2013, Newell received the Firefighters' Medal of Honor for saving a fellow firefighter in addition to several other citations over the years, he said.

"An attic above us collapsed on a firefighter, and he wasn't able to get out of the building, so I dragged him down three stories and got him out. I didn't have any time to think about it, and my adrenaline was pumping. I know he would have done the same for me if I was in his position, so my training kicked in and I got him out. I don't fight fires for awards or medals, but it is nice to be recognized,” he said.

View the embedded image gallery online at:
https://www.autobodynews.com/index.php/ed-attanasio/item/16940-day-job-night-job-eric-newell-is-not-afraid-to-serve-his-community-in-different-ways.html#sigProId8ffd9ba1e8
More in this category: « Marketing for Shops: 3 Shop-Friendly New Marketing Ideas for 2019 Team-Building Events Make Your Business Better on Many Levels »
back to top