After the Donation: CA Veteran’s Benevolence Car Helps Her in Time of Need 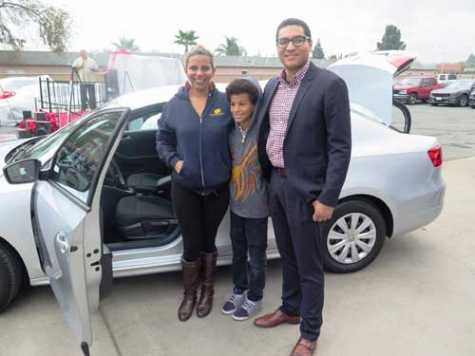 When deserving people get cars from body shops, either MSOs or independents, it is always a win-win for the industry and the community.

In this series, we will follow up to find out how these vehicles have helped these deserving people pursue their dreams and achieve their goals after they received their cars.

In 2016, Army Reserve Veteran TeJae Dunnivant and her son, Asad, received a 2014 VW Jetta from Mike's Auto Body in northern California's East Bay. The vehicle was donated by CSAA Insurance and the giveaway was sponsored by the Blue Star Moms while TeJae was working as a Cal Vet Advisor at the University of California, Berkeley and pursuing her degree. At the time, she needed the car to get to and from school and other chores. But when life threw TeJae a curveball, the Benevolence Program vehicle from Mike's Auto Body became even more instrumental to the survival of her and her family.

Three months after receiving the vehicle, TeJae found out that Asad (now 12) had leukemia.

"In February of 2017 we got the news, and of course that was a major shock," she said. "When I originally wrote my letter for the car, I stated that I needed it to go to the grocery store and go to the food banks, which is hard to do on foot. But now we were using it to go back and forth from Albany, where we live, to Oakland Children's Hospital, so the car became [a much] more important lifeline for us and a more major part of our lives."

With Asad's diagnosis, public transportation wasn't even an option, so the car made it even more important, TeJae explained.

"Once your child has AML leukemia like Asad has, they undergo a bone marrow transplant, which means it kills his immune system and can't be on public transportation. For a full year, he was not allowed to go on the bus, so the car was a true blessing. All I kept thinking was, ‘Thank God I got this car from Mike's Auto Body.’"