How Will 3D Printing Affect the Collision Repair Industry? 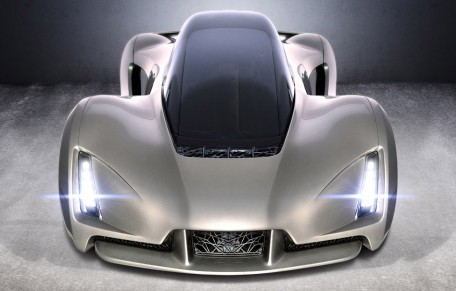 The Divergent Blade, made by San Francisco–based startup Divergent Microfactories, is a 3D-printed car that has gained national attention after appearing at the LA Auto Show recently.

We all know that 3D printing has arrived, with more and more companies jumping onboard and developing this burgeoning technology.

Almost every day, there is news about something that has been created using this amazing technology. Recently, a Chinese company 3D-printed an entire two-story house and another one is making huge parts for the new Boeing 777 using 3D printing. 3D printing has been a hot topic for over a decade or more, but its origins actually go back to the late 1980s. At first, the technology was designed for manufacturing companies to save time and money while making prototypes, but they soon realized that they could make anything.

Indeed, 3D printing is going to be huge, and especially in the automotive sector. A recent report entitled “Executive Analysis of 3D Printing in the Automotive Industry” from Frost & Sullivan stated that 3D printing will generate $4.3 billion in the automotive industry by 2025, which includes the aftermarket.

So here comes the Divergent Blade, a 3D-printed car that was unveiled recently at the LA Auto Show. The prototype, made by San Francisco–based startup Divergent Microfactories, is constructed on a chassis using a combination of 61 pounds of 3D-printed aluminum “nodes” connecting to 41 lbs. of carbon-fiber tubing that are not 3D-printed. Purportedly, the Divergent's chassis will weigh 100 pounds, compared to a regular chassis weighing roughly 1,000 pounds. It can be completely assembled in 30-40 minutes, according to Divergent Microfactories.

When the Divergent Blade's is fully assembled, the entire vehicle will weigh 1,388 lbs, as 3D printing will reduce its overall weight by as much as 90%. As carmakers doggedly try to get their vehicles lighter to meet CAFE standards, 3D printing is making a major impression on companies such as Tesla, Mercedes-Benz, Audi and Porsche, among others.

The Divergent Blade is a sensation and indeed a game changer. Many car experts and Silicon Valley types say that a deluge of highly-innovative 3D-printed vehicles will be flooding the market within 2-3 years. So the big question is this--how will this new, exciting technology affect the collision repair industry? Will it help body shops, or will it eliminate jobs, as more machines start to replace technicians? How will the OEs react, and maybe even more importantly, how will the insurance companies respond when shops start printing out parts?

Taylor Moss, the CPO at Estify, Inc., published an article online a while back in which he described his take on how 3D printing will impact the collision repair industry, and he has some intriguing ideas to share.

"3D printing, if you haven't heard, is here," Moss wrote. "And it is getting more mainstream and affordable day by day. And this tech innovation can pay big dividends to collision shops willing to jump on this new technology. This will enable technicians to print the fasteners, rivets, bolts, screws, clips, retainers, and any other small parts that hold up jobs. But that is just the beginning."

3D printing would be ideal in situations where OEM specification rivets, screws, clips and retainers aren't immediately on-hand and could delay the completion of a repair, Moss claimed. "Typically, repairs get held up by the smallest and seemingly most insignificant parts, and the ability to 3D print those parts on site would work wonders. It would allow delays in delivering vehicles to shrivel and diminish, quicken the cycle times, cut rental days and make employees more efficient during their workday--all great fruits of 3D printing."

In the very near future, Moss envisions companies using 3D printing to manufacture larger parts for body shops. "If we can print the small stuff that's needed, why can't we print the body panels and structural pieces too? There most likely will be a day when you can print all the parts you need for a repair right onsite. And what will that do for efficiency and cost when shipping is eliminated, the need to carry inventory for parts dealers is unnecessary, and the parts can be printed for use when the vehicle is ready for the parts?"

The Divergent Blade has us imagining a world where cars are 3D-printed in microfactories all over the planet and instead of ordering a part for one, you simply print it out. Embrace it, because 3D printing is going to be a reality in body shops soon--right alongside self-driving cars, paint booths that talk and other incredible innovations that will improve the industry.

Read 2663 times
More in this category: « Are Green Shops Truly Green or Are They Just Greenwashing? CA Supreme Court Affirms Authority of Insurance Commissioner Jones »
back to top