Are Green Shops Truly Green or Are They Just Greenwashing? 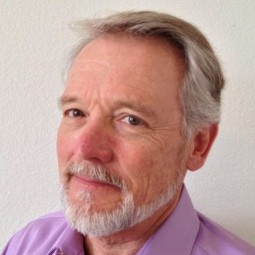 Steven E. Schillinger is the president of GRC-Pirk Management, a company that helps body shops to practice sustainable practices. He has witnessed more and more shops that falsely claim that they're green, which is called greenwashing.

I have often seen signs at body shops touting that they are "100% Certified Green" and proudly exclaiming things like "We Use Only Waterborne Paint" or "We Save Energy" or "We Recycle" and in most cases, I don't doubt these claims. But within the last few years, I have heard more and more about shops that aren't truly as green as they claim, yet they aren't afraid to tell the world that they are.

Greenwashing, also known as "green sheen," is a form of deception where companies falsely promote the perception that an organization's products, claims or policies are planet-friendly. It’s greenwashing when a company or organization spends more resources claiming to be “green” through advertising and marketing than actually implementing business practices that diminish environmental impact.

Falsely claiming or implying that a shop is helping the environment has become widespread in the automotive service industry. Using low-emission products such as waterborne paints does not necessarily save energy – the real source of environmental pollution. Realize that while there are few, if any, perfectly green shops in the world, there are shades of green. Figuring out where a shop falls in the range of environmental positives or negatives is the trick to identifying a true green shop from a greenwashed one.

Steven E. Schillinger is the president of GRC-Pirk Management, an accredited independent auditor for U.S. Energy Policy Act Performance Rating Method (PRM) for green certification and monitoring and he often speaks to industry groups about greenwashing. He helps body shops to save substantial amounts of money through energy rebates and also works with shops that have been caught violating their local environmental regulations.

Schillinger has seen greenwashing in many forms, but the bottom line is that it's fraud. "Body shops all over the country have realized that there is real value in being a green business," Schillinger said. "A growing number of consumers are now opting to buy products and services from green companies, because they believe in making our planet a better place to live. Customer reviews show that indeed that people will gravitate toward shops that recycle or use waterborne paint, for example."

If too many shops start greenwashing, it could adversely impact the collision repair industry nationwide, Schillinger said. "Some shops are sincere in their efforts and want to make a positive impact by becoming environmentally friendly. But there are shops out there that have figured out that making the public think they’re green can be just as beneficial. The most harmful effect of greenwashing is that it takes away from those shops investing in true energy efficient and eco-friendly improvements. The automotive services industry is risking the possibility of all shops being placed in the same category and the public confidence in green being diminished.

If you're truly a green shop and your competitors are greenwashing, fear not, because there is good news on the way. The U.S. Environmental Protection Agency is now getting involved, with a mandate to manage carbon as a pollutant. And the U.S. Federal Trade Commission is taking a close look at the standards for “green labeling.”

In simple terms, if you're telling the world that you're green, you better prove it and back it up or risk your reputation, not to mention fines and penalties for getting caught. "Whether you are a manufacturer, supplier or service provider in the automotive industry, be savvy about what you say and do," Schillinger said. "Ask yourself these questions when you advertise 'going green.' You owe it to yourself, your customers and the environment for that matter; make sure that green claims can be backed up with certification and facts about efficacy."

J.R. Hubbard is the owner of Selecta Auto Body in San Francisco, CA. His shop has won several sustainability awards and is a B Corp company, the only collision repairer in the country that has met the rigorous standards of social and environmental performance, accountability, and transparency to attain this designation. As a truly green shop, Hubbard gets a little irritated when he sees other shops greenwashing. "I see it a lot, actually," he said. "I won't name them, but there are a few that actively advertise claiming that they are a green business when they are not. These shops know that being green will bring them more business, especially in the Bay Area, where people respect it and will flock to that."

In some cases, it's too easy for shops to greenwash, Hubbard said. "Shop owners or managers will take a sustainability class offered by one of the paint companies, for example, and then all of a sudden they're a green shop. They get a certificate and they put it on the wall and then advertise it on their web site, but that's as far as they go."

Marie Kuykendall, the owner of Kuykendall's Collision Repair in Sunnyvale, CA does not tout the fact that her shops are all-in when it comes to being green, because she feels it is her responsibility to her family and her community.

"I live two blocks from the shop and my family works here, so it's important for us to be a green operation," she said. "We don't have any plaques on the wall and we don't advertise it because we don't think it's anything special. We have been here for 35 years and we started recycling back then. We don't wash our cars here, we take them to a car wash and we do everything possible to be environmentally responsible in every way we can."

Kuykendall hopes that collision repairers who are deceiving their customers should stop the practice or pay the price. "If shops are saying they're green and they are not following through, they should be cited for that. There is a lot of competition here in Silicon Valley, so I guess everyone is looking for an advantage. But to mislead the public, that's just wrong."

Read 1420 times
More in this category: « Owner of PDR Company in Buffalo, NY Sees an Industry in Trouble How Will 3D Printing Affect the Collision Repair Industry? »
back to top