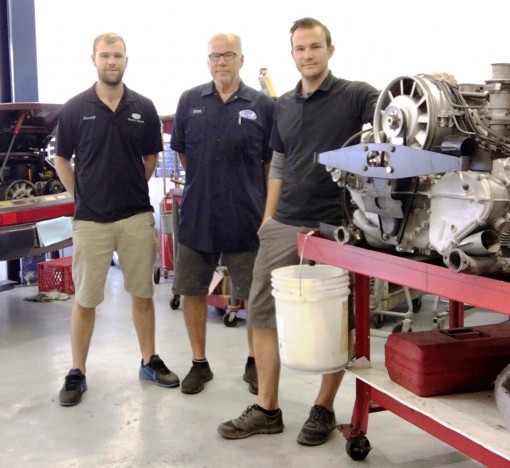 From left, Thommy, Steve and John Spinnett run the show at Steve's Imports in Portland, OR, a business Steve started 40 years ago. When he saw homeless people living in a camp near his shop, he decided to take action.

Last month, we ran an article about Steve Spinnett, a Portland body shop owner who became an advocate for local homeless people.  Autobody News reached out to Spinnett to get the full story on his advocacy.

Steve Spinnett has owned and operated Steve's Imports in Portland, OR for the past 40 years, doing car restorations, collision repairs and offering the full gamut of mechanical repairs. He does $2.5 million in business annually with 20 employees. He works with his son Johnny, who is the shop's manager; his other son, Thommy, who is the shop foreman and his daughter Rebecca, who runs the front office. Steve's Imports is truly a second-generation family business.

Whenever Spinnett, 62, sees something that moves him way one or another, he doesn't just talk about it--he acts. Once a conservative small-town mayor in Damascus, OR, Steve isn't afraid to take on issues that enter his life and affect him.

His time as a mayor ended up being more like a Mr. Smith Goes to Washington scenario, but Spinnett looks back at it as a valuable learning experience. "I saw some elitist behavior going on at that point, related to land use, so I decided to jump into local politics and then I jumped out," Spinnett said. "But the experience was an eye-opener about things like power, human nature and how politics works, so I'm happy that I did it."

One of the major problems with homelessness is that most people don't want to deal with it or consider homeless people to be losers, addicts or crazies. One of those closed-minded people admittedly was himself, Spinnett explained. "I would walk by these panhandlers and judge them," he said. "Get a job, I would tell them. But I wasn't looking at them clearly or with compassion until one incident changed my mind forever. It was a complete turnaround and it happened in about a week."

One Sunday evening, Spinnett had to run by his shop to pick something up. As he entered the business, he noticed a tall black gentleman across the street looking at his shop. "I was a little surprised, so I went over to him and asked him what he was doing. He told me that he was watching my business for me, so that no one would break in. 'That's my job,' he said. 'If anyone messes with your shop, they have to go through me.'"

Spinnett was fascinated by the remark, so he introduced himself to the homeless man, Otis "Diamond" Britton, a 6'7" African American man who had lived on the Springwater Trail right next to Steve's Imports for the past five years. Britton introduced Spinnett to the world of being homeless, and with understanding came compassion. "Through Diamond, I met a lot of other homeless people," he said. " I discovered how these folks were living and heard their stories and my whole attitude changed. So I asked myself--what can I do for these folks without giving them hard cash?" 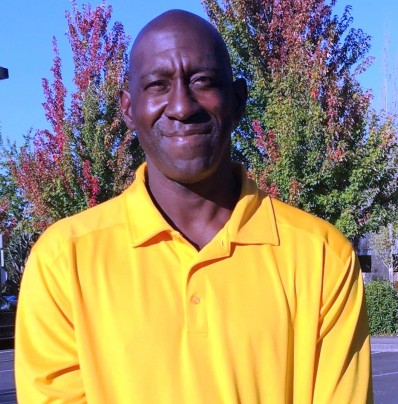 One day, Steve Spinnett got into a conversation with Otis "Diamond" Britton, a homeless man who had lived on the Springwater Trail right next to Steve's Imports for the past five years. Their brief encounter changed both men's lives as a result.

After asking the right questions, Spinnett was able to find a significant way of helping the homeless living near his shop. "Diamond told me that water and electricity were important and it would make their lives easier if they could get more access to it," he said. "So they now can use our hose at any time for water and they can charge their cell phones right outside the shop with a few electrical outlets that we provide. Except for leaving the water on one time, they have not taken advantage of it, which shows that they appreciate what we're doing."

When Portland Mayor Charlie Hales said he was going to get rid of the homeless camps on the Springwater Trail a while back, Spinnett wasn't going to let it happen without a fight. "We got them an additional month, but then they did a sweep and shut it down," he said. "They're not working on the problem--they're just moving it around and hoping that it goes away."

By studying the cause of homelessness, Spinnett is able to help homeless people more effectively, he said. "There are three types of people living out on the street and I have encountered all of them. One-third is what I call legitimate homeless people who have experienced some form of trauma and can't get out of their current situation. Another one-third of them are straight up addicts, either hooked on drugs or alcohol, and they obviously need legitimate help to get off them. And the last one-third is the criminal element. They prey on the homeless and they deal them the drugs. I know what the drug dealers look like now. They wear the same backpacks with their goods in there and it's sickening to see."

One young woman that Spinnett encountered at the homeless camp broke his heart, so he reached out to help her and change her life, he said. "She was selling herself for $10 in order to get her next fix. She was skin and bones and I could see that she was going to die pretty soon. So I got her in our church and connected with a local family. She has been clean now for a while and is going through treatment. She gained 10 pounds and recently reconnected with her father, so hopefully this story will have a happy ending."

Spinnett's next mission involves education and compassion, he explained. "I am trying to get business owners and residents to start looking at the homeless differently. Some of their problems are self-inflicted and others are caused by bad luck or other issues, but in the end, they are human beings who have struggled in their lives for whatever reason. They need to be loved and treated like people, but too many folks categorize them and believe that they are subhuman."

Read 1884 times
More in this category: « NorCal Body Shop Paints Huge Coffee Cup for Major Artist Signs, Signs--Everywhere Signs. So How Do You Stand Out? »
back to top