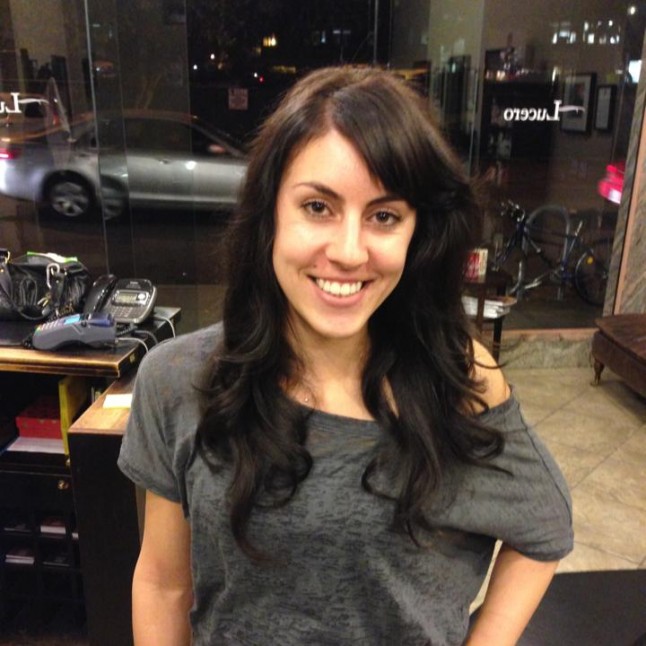 Cynthia Torp is the office manager at Classic Autobody in Berkeley, CA--her father's shop--but when she is not coordinating ROIs and DRPs, she is going for the gold in the world of car racing.

With one eye on eventually taking over the family business at Classic Autobody, Torp enjoys learning the business from her father and her uncle. "They are great teachers, and the more I know, the more I like about this industry," Torp said. "I came on here full-time about three years ago. This was never something I thought I would be doing, but I work with incredible people, so why not? I had some other things on my radar, but now I can see this as a career. I like fixing people's cars and seeing their smiles when we show them their repaired vehicles."

Torp has helped the shop in many ways, such as designing their new website and getting them involved in social media. The 28-year-old shop run by her father Steve and uncle Chris has succeeded in a tough market, and today, they're one of the oldest shops in the area. "My dad and my uncle have always stressed quality and customer service here, and that's why we've done well," Torp said. "I was a baby when they opened Classic, so I guess I'm a collision lifer, too. Now, we get second-generation customers in here, and that's definitely satisfying."

One of the other items on Torp's radar is a possible future as a professional race car driver. Move over Danica Patrick, because Cynthia is in it to win it and thrilled about racing. "There is literally nothing like it," she said. "Wow, it's hard to describe the feeling I get out there on the track, but I know that this is something I really want to do as much as I can." Cynthia Torp realizes that she is a real rookie when it comes to racing, but even Danica Patrick had to start somewhere, right?

Racing is in her family's blood, right alongside waterborne paint and clearcoat, Torp said. "My father and my uncle have been racing for a long time, and I started bugging them about racing a while back. But we didn't have a vehicle to race in, so that was a problem. But by working with Spencer Trenery at Fantasy Junction, I was able to get a car to drive."

Fantasy Junction is a company in Emeryville, CA that collects and sells vintage vehicles, and after meeting Cynthia, they decided to loan her a Mazda Miata to drive at Thunderhill Raceway Park in Willows, CA. "The shop sponsored me and the people at Fantasy Junction helped me to get a car and I was ready to roll," she said. "It was exciting because I anticipated this for a long time and it was finally here."

Before she could race, Torp had to pass a safety class at Thunderhill. Upon passing with flying colors, she was ready to start her engine and hit the track. "It is definitely a rush, and I was a little scared, but psyched, too. I know that I am a novice and it was all a little overwhelming. But pretty quickly, I became more comfortable in the car. I love everything about it. You're sitting in that car at the start or chilling in the pit and your heart is racing. You have to control your breathing and then you line up. When the start begins, I get into this Zen-like zone and then I'm ready to go. It's a great feeling and a wonderful sensation!" Cynthia will possibly be taking over the shop someday, but for now, she is enjoying life, and racing is a part of it.

In just her fourth race, Torp finally gained enough confidence to run against a field of other more experienced racers. "There were roughly 25 racers, but a few never got off the starting line, so I ended up finishing 10th out of a field of 22. Thunderhill is a three-mile track and I was going about 95 mph on the straightaways, so I realized I needed to learn the track fast."

When Torp isn't driving on a track, she is a safe driver and proud of it. "My father taught me a long time ago that racing is for the track only. I don't speed in my daily driving and will never be a reckless driver ever--on or off the track. I have seen a lot of cars that are all messed up due to unsafe driving and I don't ever want to be there, that's for sure."

What is around the next turn as Torp pursues a career as a professional racer? "Being in my 20's means that I can take my time and learn the right way. I eventually want to race at Sears Point (Sonoma Raceway), so I will have to practice on that track to get better."

Read 3167 times
More in this category: « Origins of the California Autobody Association as it Celebrates 50 Years Student Returns as Teacher at Contra Costa College »
back to top