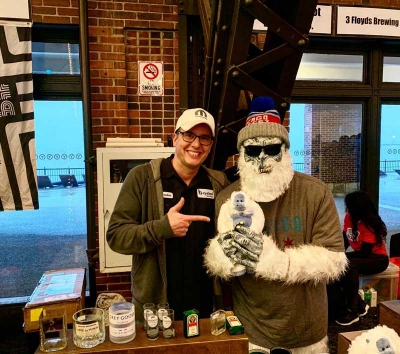 He does all of the marketing, and often displays and sells his glassware on weekends at...