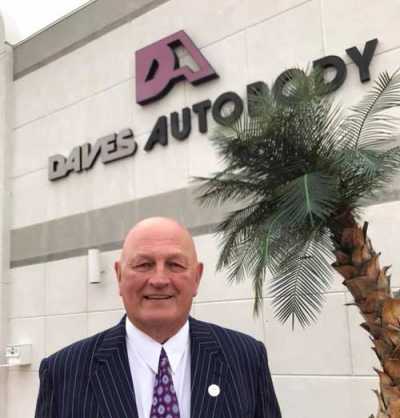 In addition to having been the owner and operator of Dave’s Auto Body in Galesburg, IL, for the past 42 years, Dunn also owns Masters Educational Services, a consulting and market managing firm that teaches people how to increase their work output and market their businesses. He is 63, but will work indefinitely, he said, because he still loves the business and is always looking for new ways to make it even more exciting, including developing products like Gator Sauce.

Dunn dropped out of high school at age 16 and opened his own shop in Knoxville, IL, after working as a general manager at a car dealership for two and a half years.

"Working there was a great experience because I received a lot of mentoring and was exposed to new cars and coaching," he said. "But then the place burned down, and that's when I opened Dave's Auto Body."

By doing the important things right, Dunn was able to step away from his business in less than a decade.

"At age 30, I was semi-retired and playing a lot of golf," he said. "Several articles appeared in local publications telling my story and people began calling me. They wanted to know how I was able to succeed while other owners were in their 60s and working 70 hours a week. That’s when I starting a consulting company that I did for 10 years."

At age 40, he established Masters School of Auto Body Management. People would come to him rather than him traveling to them as a consultant.