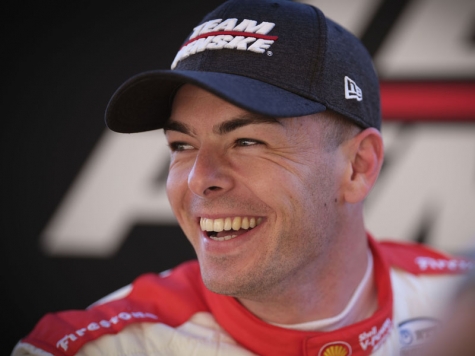 PPG, on Jan 26, 2021 announced that it will be the primary sponsor on the No. 3 Team Penske Dallara/Chevrolet driven by Scott McLaughlin in 10 races during the 2021 NTT INDYCAR® SERIES season.

The reigning and three-time Australian Supercars champion, McLaughlin made his NTT INDYCAR SERIES debut when he raced for Team Penske in the 2020 season finale on the streets of St. Petersburg, Florida. The 27-year-old native of Christchurch, New Zealand, will embark on a new challenge this season as he transitions to open-wheel racing with a full-season INDYCAR program. For his rookie season, McLaughlin will represent one of Team Penske’s longest-active partners. The team celebrates its 37th season with PPG in 2021.

“PPG is a global, industry-leading brand that has been a terrific partner with Team Penske for more than three decades,” said Roger Penske, Penske founder, chairman and CEO. “Our relationship with PPG has continued to grow and reach across all areas of our business. We are excited about the newest racing opportunity in our partnership, as PPG teams up with the No. 3 team and Scott for his first full season competing in the NTT INDYCAR SERIES.”

McLaughlin enjoyed an incredibly successful four-year run with the DJR Team Penske Supercars program, helping secure three team championships and winning the driver’s title in each of the last three seasons. Over the course of his nine-year Supercars career, McLaughlin won 56 races and 76 poles. He and co-driver Alex Premat also earned Team Penske’s first win in the legendary Bathurst 1000 race in 2019.

As he begins his fifth season with Team Penske in 2021, McLaughlin already ranks among the team’s all-time leaders in career victories (third) and poles (second).

“It is surreal to think my first full season in the INDYCAR SERIES is almost here,” said McLaughlin. “I am truly living out my dreams, and to have PPG on board as our primary partner is amazing. I watched the beautiful blue and white PPG cars compete over the last few years, and they look amazing on the track. It is going to be an honor to represent PPG in the No. 3 Team Penske Dallara/Chevrolet this season.”

The relationship between Team Penske and PPG officially began in 1984 when PPG provided paint for the Team Penske racecars that competed in the former CART Series. The iconic blue and white PPG cars have become some of the most popular designs in both INDYCAR and NASCAR® competition in recent years. Team Penske drivers have produced eight wins in the distinctive PPG livery, with the most recent INDYCAR SERIES victory in 2017 at World Wide Technologies Raceway with driver Josef Newgarden.

In addition to the 2021 partnership with McLaughlin and the No. 3 team, PPG will continue to serve as a sponsor for Team Penske’s NASCAR Xfinity Series program with 2020 series champion Austin Cindric. Cindric will pilot the No. 22 PPG Ford Mustang in races this season at the Daytona Road Course, Homestead-Miami Speedway, Mid-Ohio and the Indianapolis Motor Speedway Road Course.

“The relationship with Team Penske has been extremely successful for PPG, both on and off the track,” said Bill Shaw, PPG director, strategic accounts, automotive refinish. “We are excited to add another chapter to our history with Scott McLaughlin and the No. 3 PPG Dallara/Chevrolet team. Scott has proven himself to be one of the most talented racecar drivers in the world, and we know success in his new opportunity with the team is just around the corner. PPG is excited to be a part of that.”

The 2021 NTT INDYCAR SERIES season will begin for McLaughlin and the No. 3 PPG Dallara/Chevrolet team on April 18 at Barber Motorsports Park, located just outside Birmingham, Alabama. The race can be seen live on . McLaughlin will also drive the PPG Chevy during the doubleheader race weekends at Texas and Detroit, as well as races this season at Mid-Ohio, Toronto, Portland, Laguna Seca and Long Beach.