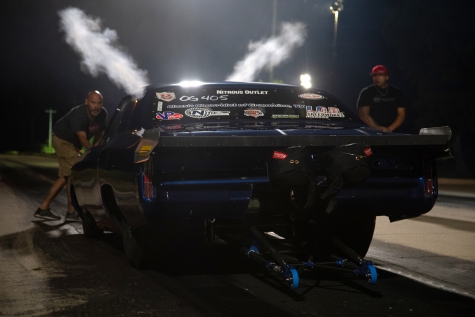 After dominating the No Prep Track, the 405 return to their roots to rule the streets.

Oklahoma’s Top Ten List has produced the fastest street cars in history. But when the 405 focused on dominating the track in No Prep Kings, other street racers and their teams have risen to the top as they and their cars have gotten faster. Now, it’s a new era and the OG of the streets, Chief, has a plan to build this crew better...stronger...and faster. But they’ll have to push their cars – and themselves - harder than ever. No one can dominate the street like the 405. And to prove it, Chief drops a bombshell this season that will up the stakes of street racing in America forever. While Chief is no longer the fastest - competitor Ryan Martin has that honor - he feels all of the 405 have gotten soft and taken their eye off of the street. To up the stakes...