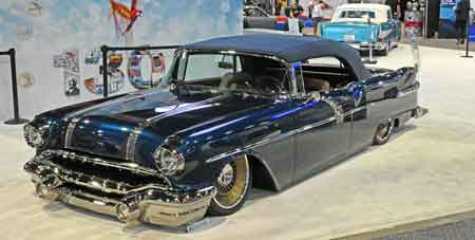 “These builders consistently outperform themselves from one year to the next,” said Dan Bihlmeyer, BASF Automotive Refinish Marketing Director. “We’re honored to be a part of this showcase and share our most sincere congratulations to each one of the 2019 Autorama winners and the BASF Great Eight.”

A 1959 Cadillac Eldorado Brougham, “Cadmad,” owned by Steve Barton and built by Super Rides by Jordan, was awarded the 2019 Ridler Award.

The BASF Great Eight was rounded out with:

• 1941 Willys, owned by Quint Walberts from Danville, IN

• 1964 Acadian, owned by Danny and Sandy Jadresko from Victoria, BC – painted with R-M by JF Kustoms

1932 Phantom by One Off Rod & Custom, featuring Glasurit 55 Line

Read 969 times
More in this category: « All-New Season of Diesel Brothers To Premiere April 8 3M Tech Talk: Get the Most from Your Abrasives »
back to top