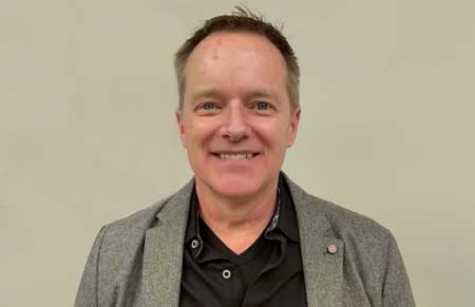 Les Pawlowski has been appointed as SYMACH’s General Manager in Canada, overseeing and supporting SYMACH activities in the region.

His more than 20 years-experience in International trade and business development in the Automotive Aftermarket and 12 years in Automotive Refinish has led him to collaborate with Symach in the expansion of the brand in Canada.

With this recent valuable addition, SYMACH launches its commercial structure in Canada and makes Symach’s FixLine technology and processes available to workshops across the country. Symach’s Fixline has been designed to reduce cycle times, improve quality and increase throughput and profitability with existing floor space.

Les said: “It’s exciting to be involved with Symach in their revolutionary development of new technology in the body shop world. I believe Symach’s Technology and Process is the future of the Collision Repair Industry. Symach has the solution to productivity and profitability for collision repair and automotive refinishing and I’m proud to represent this technology in the Canadian market.”

Commenting on the appointment, Osvaldo Bergaglio, Symach’s Owner and President said: “With Les joining Symach we expect to introduce our FixLine equipment and process to more workshops across Canada. This is the first step to reinforce our commitment to the Canadian market in providing the solutions bodyshops need to grow their business profitably.”