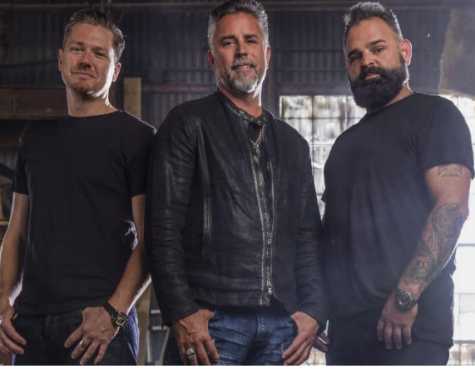 Chris Stephens is part of a three-man hit team of hope in a series called "Garage Rehab", now back for season two on Discovery. The experience Chris has running a real garage is invaluable to the people who seek out the show star Richard Rawlings in a bid to up their bottom line.

Stephens is a garage owner himself, running Eurotech Classics in Fredricksburg, Maryland with his brother.

Fans of the show know that Rawlings has built an empire as the owner of Gas Monkey Garage in Dallas, TX, and his returning newer series premise of “rehabbing” struggling garages across America is an informative watch.

It gives observers who might be garage owners great tips on improving their balance sheet.  In this series, Stephens is partnered with New Yorker Russell J. Holmes along with Richard as they travel the country to find garage businesses in need of restoration and rethinking business plans.

“This season, in addition to working the biggest build in GARAGE REHAB history (a 20,000 square foot collision repair shop), Richard and his expert team take on their most important rehab yet – a veteran-run garage that teaches automotive repair skills to men and women transitioning out of military service.”

We spoke to Chris Stephens about this exciting season two of Garage Rehab.

Monsters and Critics: Are you down in Texas right now with Rawlings?

Chris Stephens: No. I actually live in Maryland. I have my own automotive shop out here in western Maryland. It’s pretty cold here.

M&C: You guys all come together for the production I assume?

Chris: Yes. Well, we travel all over the country, I don’t really need to be based in Texas.

Actually my other co-host [Russell Holmes], he was living in Long Island, New York, so we were both traveling from the east coast and going wherever these garages needed our help.