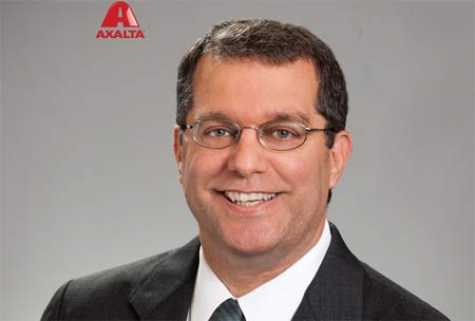 Hahn will also serve on Axalta’s Board of Directors, expanding the Board’s size from eight to nine Directors.

Hahn was most recently President and Chief Executive Officer of Honeywell International Inc.’s Home and Building Technologies group. Shaver, who has chosen to step down as Chief Executive Officer to pursue a unique professional opportunity, will remain on Axalta’s Board and serve as Non-Executive Chairman, working closely with Hahn to ensure a seamless leadership transition.

Shaver said, “On behalf of Axalta’s Board, I want to welcome Terrence Hahn to the Company. We are confident that Terrence is a great choice to lead Axalta going forward. His accomplishments as an executive with over a decade of domestic and international experience across multiple business groups at Honeywell, along with his nearly two decades of previous experience in a variety of leadership roles at Air Products and Chemicals, make him a terrific fit for Axalta.”

“Since I became CEO more than five years ago, we have prudently managed Axalta’s business and balance sheet, positioning the Company to capitalize on opportunities as they arise and generate long-term shareholder value. I am very proud of our achievements as well as our excellent prospects for the future. I recently informed the Board that I was considering stepping down as CEO and, consistent with our long-term succession planning, the Board commenced a search for a potential successor CEO to build on Axalta’s accomplishments and lead the Company forward,” said Shaver. “We identified Terrence as having a proven track record of success, and the right expertise, experience, and personality for Axalta. I look forward to a successful transition of the Chief Executive Officer role to Terrence and a wonderful partnership with him in my role as Chairman.”

Shaver continued, “Serving as CEO of Axalta has been an honor and a privilege. It was an extremely difficult decision to step away from an executive role at Axalta, but I am confident that Terrence has the right skillset to take Axalta to the next level of growth and development.”

Hahn commented, “I am honored to join Axalta at this dynamic time for the Company and the coatings industry. Axalta has leading positions, a terrific executive team, strong global presence, and top brands. I am excited about the tremendous opportunity at Axalta to drive organic growth through innovative and value-add offerings that will deepen existing customer relationships and attract new customers, as well as add inorganic growth through strategic acquisitions. I appreciate the Board’s confidence in me and look forward to working with Charlie and the Axalta leadership team to help drive the next phase of Axalta’s growth and build shareholder value.”

Mark Garrett, Presiding Director of Axalta’s Board, added, “On behalf of the Board, I would like to thank Charlie for his outstanding service to Axalta. As CEO, he led the Company’s separation from its former parent and oversaw Axalta’s initial public offering and listing on the New York Stock Exchange. Under his leadership, Axalta has made tremendous strides, driven by a resolute commitment to customer service and innovation. We are very pleased that he will continue to serve as Chairman. We are confident in a seamless transition of leadership to Terrence Hahn. With his experience and impressive track record he is well-suited to lead Axalta’s continued growth in the coatings industry.”

Terrence Hahn is an entrepreneurial leader with a track record of developing differentiated strategies for global deployment, having most recently served as President and Chief Executive Officer of Honeywell’s Home and Building Technologies business group. Before assuming that role, he served as President and Chief Executive Officer of Honeywell Transportation Systems in Switzerland, where he led a rapid global expansion of the business group. Mr. Hahn has served in various other executive leadership roles at Honeywell since joining in 2007. Prior to his time at Honeywell, Mr. Hahn spent nearly 20 years with Air Products and Chemicals, Inc., in a range of business, operations and technology leadership roles, with positions based in Taiwan, Malaysia and Canada. He currently serves on the Board of Directors at Regal Beloit Corporation. He holds an MBA degree from the Wharton School of The University of Pennsylvania and master and bachelor degrees in Materials Science and Engineering from Lehigh University.