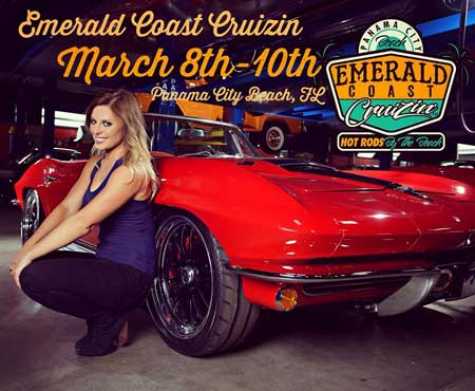 Cristy Lee is best known as one of the hosts of the "All Girls Garage" TV show on the Velocity network.

Lee hosts alongside certified mechanic Sarah "Bogi" Lateiner and automotive programming host and executive producer Rachel De Barros. The show follows the three women making complex car and motorcycle repairs that rival those undertaken by their male counterparts, proving they have what it takes to run a female-dominated car shop.

Lee was raised in Daytona Beach, FL, where her father was a local shop owner and mechanic. Cars, motorcycles and racing have always been a big part of her life.

She relocated to Detroit from Florida for business opportunities. She was accepted into the Detroit Pistons dance team “Automotion” in 2006. After her stint with the NBA, she performed for the MISL dance team and joined the Autoshow circuit as a narrator for Chrysler/Dodge/Jeep. She then landed a gig as a traffic reporter and DJ for 101.1 WRIF FM Radio in 2008. In 2009, she started working for the Detroit Red Wings as their game day in-arena hostess.

She then started working with AMA Pro Racing and covered the American Motorcycle Road Racing series that aired in 2012, featuring interviews, stories and race coverage from the top riders in the series. There, she gained experience as a commentator, producer, reporter, PA announcer and host, beginning her career in motorsports.

In 2011, she was cast for “All Girls Garage.” Early episodes featured fabricator Jessi Combs, best known to viewers for her co-hosting stint with Chip Foose on the car restoration series "Overhaulin’."

She continued to cover a variety of racing series in the world of motorsports for a variety of networks. She has been seen covering Motocross Racing for SPEED and Fox Sports 1, Off-Road Truck Racing for NBC Sports Network, Supercross, Monster Jam, Flat Track Racing, and the XGames on ESPN and ABC.

Throughout this time, her interest and passion for motorcycles continued, and she became adept at the race track with a two-wheeled machine.

Lee makes appearances around the United States and the world at car shows and other automotive-related events.