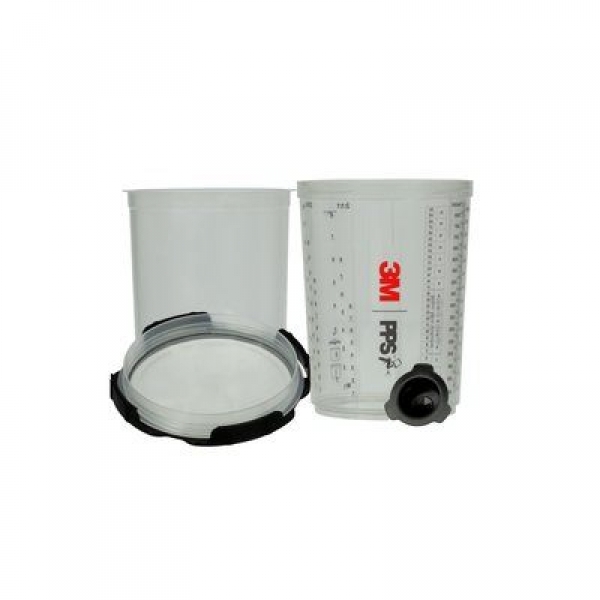 By thinking like a painter and shadowing them for several years in shops all over the world, 3M is out to change the way they paint vehicles and the result is its 3M™ PPS™ Series 2.0 Spray Cup System.

3M™ first developed the original PPS™ Disposable Paint System back in 1996 by 3M Engineer Steve Joseph and it immediately revolutionized how painters in the collision repair industry prepared, cleaned and managed the painting process. As a result, this invention enabled painters all over the planet to reduce solvent use as much as 70 percent while decreasing overall prep time by as much as 50 percent.

To achieve this, 3M invested considerable time and effort in order to understand the challenges of traditional metal cup users and develop potential solutions. To better understand the challenges and obstacles that painters encounter every day, 3M began working alongside painters to invent a viable solution to address these issues. Joseph and the 3M team spent three months in a body shop as part of the research process and came up with the PPS™ Disposable Paint System as a result.

For the last two decades, 3M engineers have been in paint booths and mixing rooms worldwide to find out better ways to improve the paint process and the result is the next generation 3M™ PPS™ Series 2.0 Spray Cup System. The three key areas that the 3M team targeted for improvement include cleanliness, simplicity and peace-of-mind and worked diligently to deliver exactly that.

"At 3M, we are committed to constant innovation and applying new scientific solutions to our customers' challenges," Steve Joseph, Division Scientist for 3M's Automotive Aftermarket Division and the inventor of the system said. "The evolution of the 3M™ PPS™ Series 2.0 Spray Cup System will turn the industry on its head with advanced performance, efficiency and cleanliness."

During a recent demonstration conducted by Andrew Boyd, 3M's U.S. Marketing Manager, Paint Booth Solutions, the benefits of this new system were outlined in detail. "An average shop paints five vehicles daily, which means that they use 5,200 cups every year," he said. "So, this system was designed to cut down on paint and labor in the booth and I believe we've achieved exactly that with our new 3M™ PPS™ Series 2.0 Spray Cup System."

Boyd described the thinking behind this cutting-edge system. "We asked ourselves, how can we make it easier for painters and this is it," Boyd said. "After 18 months of development, we found six different areas to improve. These include a domed design; a new adapter; five new cups of different sizes; mix ratio inserts; graduations listed on each cup and a re-designed sealing plug. It's designed to streamline and simplify the system from start to finish and I believe that we are now solving problems that many painters didn't even know existed."

One of the best features about the 3M™ PPS™ Series 2.0 Spray Cup System is the price, according to Boyd. "It's the same price as the former system, so it's a no-brainer for shops," he said. "We are providing a superior experience for the painter, with fewer parts and without spending a penny more."

To reduce the potential for contamination in the paint process, such as flakes due to improper equipment cleaning and maintenance, the 3M™ PPS™ Series 2.0 Spray Cup System is a cleaner solution overall. For simplicity, the new system cuts down on non-productive assembly time and by using larger cup sizes, it makes the entire process easier to deliver consistent performance and stability.

By reducing the variables that can lead to inconsistencies and inefficiencies, the new system uses a wider and more robust adapter with a stabilized four-point connection, including retention tabs featuring undercut geometry. When combined with a domed lid design, the wider adapter allows for more paint below the filter while spraying, thereby providing better flow and reducing sputtering. And the system's quarter-turn lid locking system provides a firm seal to avoid any concerns of paint leaking.

The new 3M™ PPS™ Series 2.0 Spray Cup System is available now through your local 3M distributor. For more information, download the new 3M Collision Repair App in your Apple Store or visit 3MCollision.com/PPS. 3M will also be demonstrating the system at SEMA.