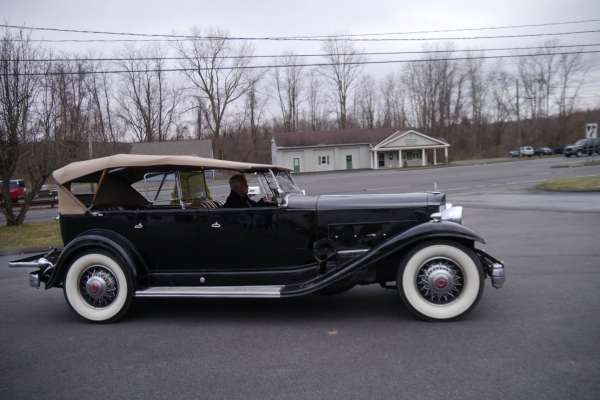 On Sept. 5, The Velocity Network aired an episode of "Chasing Classic Cars" with Wayne Carini, focusing on the restoration of a Model 905 Packard Touring Car.

The car was owned by Franklin Delano Roosevelt while he was governor of New York. The New York State Museum in Albany, NY, purchased the car during Roosevelt's second term as governor, shortly before he was elected president in 1932.

Wayne Carini and the Chasing Classic Cars team were chosen by New York Governor Andrew Cuomo to get the car running again. It was a rush job, expected to be completed within 10 days. The state of New York wanted to use it to commemorate official New York state events.

On April 27, a week after the car was restored, Governor Cuomo drove it across the newly restored Kosciuszko Bridge in New York City's outer boroughs, to commemorate the first trip across the new bridge after the restoration. The New York State Museum released a statement saying that this was the first time the car had been driven since 1982.