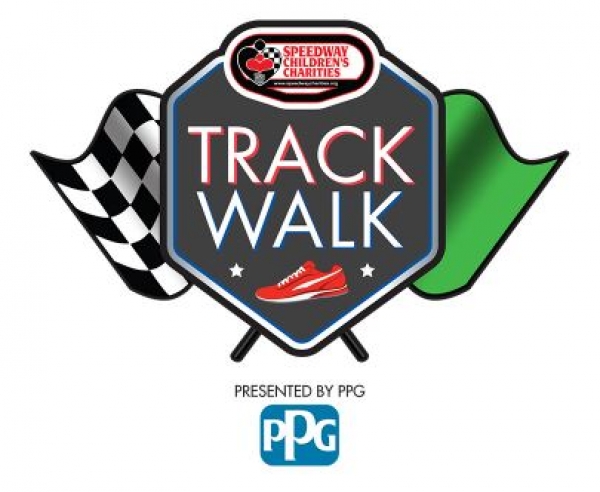 SCC provides funding for hundreds of nonprofit organizations that meet the direct educational, medical, social and financial needs of children. The walk was part of a NASCAR weekend of auto racing that included the XFINITY Series Overton’s 200 Saturday afternoon and the Monster Energy NASCAR Cup Series Overton’s 301 on Sunday. According to Cheryl LaPrade, director of the local chapter, the event drew 250 walkers and raised almost $16,000 for the chapter. In addition to the walk, the SCC’s Red Bucket Brigade—a crew of 100 volunteers carrying red buckets decorated with the PPG logo—walked through the stands during Sunday’s race and collected $21,500 in contributions.

For the third year in a row, popular Team Penske NASCAR driver Joey Logano, a New England native, led the walkers around the track.

“I love being here and doing this,” said Logano. “PPG and the Speedway Children’s Charities work together so well to help kids in need. The fans out here are terrific, and it’s an honor to meet so many of them while we’re all doing something that’s a lot of fun and can really help change a child’s life for the better.”

Also on the track were longtime SCC supporters Dick Berggren and SCC’s executive director Maj. Gen. Chuck Swannack, along with Krista Voda from NBC Sports Group. PPG is the sole sponsor of the charity’s Track Walk and has been a major promoter of SCC activities since 2009.

“We are very proud of our relationship with Speedway Children’s Charities,” said Mike Patenaude, PPG regional sales manager. “It’s heartwarming to know that we’re doing a lot of good here, something that goes beyond dollars and cents. This organization works so hard to help kids live better lives, and what comes out of it makes you beam with joy.” LaPrade echoed Patenaude’s remarks.

“PPG has been 100 percent committed ever since we began working together,” she said. “Their support allows us to make a positive impact on the lives of children throughout the New England area. More than $118,000 has been raised for SCC since PPG got involved. We are very grateful for that.”

SCC is based in Charlotte, NC, and was founded by Bruton Smith, chairman of Speedway Motorsports, Inc., (SMI) and Sonic Automotive, in 1982 as a tribute to his son, Bruton Cameron Smith, who died at a young age. The elder Smith was passionate about helping children in need and established SCC to support charities in communities around his SMI racetracks. SCC annually supports more than 400 organizations across the United States with generous grants through its eight chapters. Each chapter determines and addresses the needs of its surrounding communities and local organizations. Since its start, SCC has funded thousands of organizations that help children lead productive lives.

Read 713 times
More in this category: « Progressive Powder Coating on the No. 9 Axalta at Watkins Glen PPG-Painted Ford Takes Top Prize at Syracuse Nationals »
back to top