Retro News: A Decade Ago, a Different National Association Sought to Replace its Executive Director 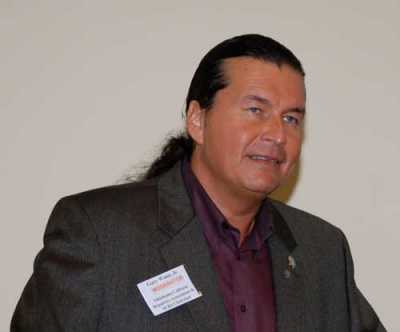 In 2008, Oklahoma shop owner Gary Wano served on the board of the Society of Collision Repair Specialists (SCRS) as it sought a new executive director following the resignation of Dan Risley.

20 Years Ago in the Collision Repair Industry (August 1998)

GEICO Direct, one of the country’s fastest-growing auto insurers, reached a milestone when it recently added its 3 millionth policyholder.

“Our national advertising campaign is helping drivers realize the savings from dealing directly with the company and the convenience of 24-hour service, seven days a week,” said Bob Miller, a GEICO regional vice president. “The company adds more than 10,000 new drivers each week.”

– As reported in The Golden Eagle. GEICO has continued to grow faster than most other auto insurers; by last year it insured more than 24 million vehicles owned by its more than 15 million policyholders. It passed Allstate in 2013 to become the second-largest auto insurer in the U.S. It still trails State Farm by 5.3 percentage points of market share, but if its current pace of growth continues, GEICO could surpass State Farm in less than a decade.

15 Years Ago in the Collision Repair Industry (August 2003)

Legislation enacted in 2001 authorized $125,000 to be spent by the BAR, a sub-agency of the California Department of Consumer Affairs, to study the best process for certifying crash parts and to designate the agency to bear responsibility for overseeing crash parts certification. For two and a half years, the BAR held meetings with repairers, insurers, OEMs and aftermarket parts certifiers. It sent out surveys to auto body repair shops and conducted field tests on crash parts. In the end, the BAR reached several conclusions, most notably: