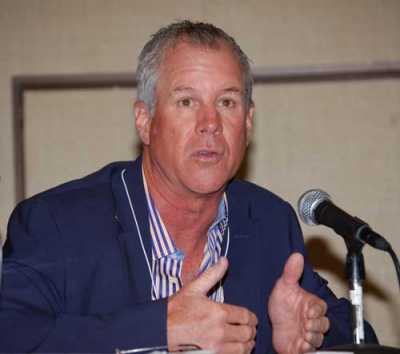 In 2013, California shop owner Randy Stabler said shops should be allowed to choose which electronic parts sourcing / ordering systems are used based on features, rather than insurer mandates.

20 Years Ago in the Collision Repair Industry (July 1998)

I was recently told of a body shop doing more than $5 million in gross sales per year. It sounds like an impressive operation until you consider that this shop, heavy into direct repair programs (DRPs), has only a 4 percent profit margin.

For all that’s involved in maintaining an auto body business---the customer-employee-insurance headaches, enormous outlays for tools, help and training, building and property payments, etc.---such a meager profit is an insult to business intelligence.

With most shops today making less than 5 percent profit (and that margin is steadily dropping) repairers who are also good businessmen are rare.

I’m reminded of the true story of several scientists who were dropped off in a remote region of Africa to make scientific reports. After going months with no human contact and with their food supplies depleted, they eventually discovered a patch of berries that look quite similar to an edible variety back home. In the following weeks, gorging themselves on these berries, they slowly became weaker and weaker until each man died. Analysis of the berries after the men’s bodies were found showed that they had absolutely no food value. These men, confident that they were well-nourished while waiting out their rescue, actually were being weakened and starved to death so slowly that they didn’t realize their mistake until it was too late.

I have to wonder about the great number of shops clamoring for pieces of the DRP berry pie. Why is it so hard for otherwise intelligent men and women to see the trap and the coming malnutrition and starvation that insurers will eventually bring upon us when DRPs have saturated the industry?

Body shops, now contentedly stuffed overfull with DRP berries, will eventually realize they’re starving to death, though by that time, they’ll be powerless to resist. All the work in the world, if it is of no profit, is still profitless.

– from an editorial by Dick Strom, at the time a shop owner in Washington state, published in The Golden Eagle. According to the shop’s website, Strom sold the business to his sons in 2010, and it “continues to thrive as a non-DRP shop” with 14 employees.

View the embedded image gallery online at:
https://www.autobodynews.com/index.php/columnists/item/15607-retro-news-5-years-ago-shop-wanted-to-choose-parts-systems-rather-than-face-insurer-mandates.html#sigProId46864b70ce
More in this category: « Oldest Body Shops in America: Sirl’s Automotive Retro News: A Decade Ago, a Different National Association Sought to Replace its Executive Director »
back to top