Retro News: Association Leader 5 Years Ago Called for DRPs to Include 'Grandfather Clause' 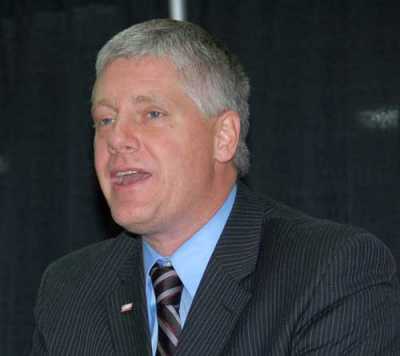 In 2013, Dan Risley of the Automotive Service Association said insurers that change requirements for a direct repair program should give participating shops a “grandfather clause” to decide whether to adopt the change or drop the program.

20 Years Ago in the Collision Repair Industry (June 1998)

Caliber Collision Centers has announced the appointment of Bill Lawrence as its chief operating officer and senior vice president.

Lawrence will have responsibility for all of Caliber’s collision repair operations as well as the associated corporate support functions.

“Bill is a highly talented, well-known and highly regarded insurance industry executive who’s been thinking ‘outside the box’ about collision repair for more than a decade,” Caliber’s Chief Executive Officer Matthew Ohrnstein said. “We are pleased to welcome him as our head of operations, and we expect he will continually lead change in the industry.”

Founded in 1991, Caliber is a consolidator with operator collision repair facilities in California and Texas. In addition to its corporate-owned centers, it also manages a preferred provider network of 120 independently owned collision repair centers.

– As reported in The Golden Eagle. The first to bring Wall Street investment into collision repair, Ohrnstein left Caliber after seven years and launched a private consulting firm involved in many consolidation transactions; he died in 2013. Lawrence left Caliber in 2004. He is now an executive with the 7-shop 1st Certified Collision Centers chain in Southern California, which is also the parent company of Certified Collision Group, a national network of more than 200 OEM-certified shops.

15 Years Ago in the Collision Repair Industry (June 2003)

Maaco announced that is it beginning a new campaign to “expand the brand” and give greater emphasis to collision repairs.

Maaco is changing its name to “Maaco Collision Repair & Auto Painting” from “Maaco Auto Painting & Bodyworks.” Maaco has traditionally been a repaint operation offering little in the way of crash damage repairs. The new slogan is “America’s Body Shop.”

Maaco’s 530 franchisees claim to paint more vehicles than anyone else in America---about 800,000 a year, and 20 percent of that is fleet work. It recently offered its franchisees additional collision repair training.