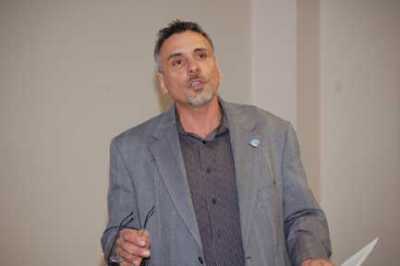 20 Years Ago in the Collision Repair Industry (March 1998)

A credible study of the true costs and savings of using non-OEM crash parts could be a solution to the ongoing parts debate.

That was one point of apparent agreement among panelists discussing parts-related issues during the Automotive Service Association’s annual meeting in Florida in March.

“Cycle time is probably the key buzzword that we’re going to hear in the next two or three years,” said Joe Sanders, the former director of ASA’s Collision Division. “That’s really going to drive everything that changes in our industry in the future. Aftermarket parts are probably the worst villain to cycle time you can imagine. So when we get sophisticated enough to measure the economic impact that aftermarket parts have on cycle time, I think we can finally settle in and put those parts in the right place.”

“But the insurers don’t know whether the cost-saving of streamlining your production will eventually equate to lower costs to repair the cars,” he said. “So sooner or later, it’s going to take some entity to do a good, strong study to figure out how to measure what it cost us in production delays, and what it costs the insurers in rental cars. Then I think we can sit down and revisit this issue.”

– As reported in The Golden Eagle. Twenty years later, the debate over the true costs and savings of using non-OEM parts continues.

15 Years Ago in the Collision Repair Industry (March 2003)

Two years ago, Caliber Collision Centers’ CEO Matthew Ohrstein was quoted as saying that many in the collision repair industry seemed to have an incorrect assumption about the speed with which consolidation of the industry would take place.

“Three or four years ago when we started, back in 1997, I think there was this expectation in this industry that consolidation would be this huge wave that would take over the industry,” he said. “But look at other industries. It can take 20, 30 or 40 years to consolidate just 30 percent of an industry.”

Ohrnstein’s words may have provided some comfort to independent shops convinced the torrential pace of consolidator acquisitions in the late 1990s was set to continue. And he certainly set the tone for the two years that have followed in which consolidators for the most part have appeared to focus much more on integration, implementation and dramatic growth.

– As reported in Autobody News. Ohrstein later left Caliber (the company added 68 shops during his seven years there) and formed Symphony Advisors consulting firm; he died in 2013 at age 57. But his comments about the likely speed of consolidation of the industry have been proven out. Twenty years after he pioneered the entry of large investors into the industry, the Big 4 consolidators still have less than 25 percent of the market, a share one analyst predicts they won’t reach until 2021.

10 Years Ago in the Collision Repair Industry (March 2008)

Eileen Sottile of the Quality Parts Coalition predicted that without changes to U.S. patent law, the increasing number of OEM patents on crash parts could lead to the “extinction” of the non-OEM parts industry and independent repairers (because higher OEM parts prices would total more cars).

But Brad Mewes of Craftsmen Auto Body in Cerritos, CA, pointed to a 2005 European study that found that pricing for replacement parts was on average 7.3 percent higher in countries without such design protections.

In a letter to Mewes last week, Sottile says the European study is flawed because it looked at list prices for OEM parts, not the “typically much lower” “market prices.” The study, she said, also mischaracterized the level of patent protection in two European countries. Given this, Sottile said the study should have shown that OEM parts prices are actually 3.6 percent lower in countries without design protection.

– As reported in CRASH Network (www.CrashNetwork.com), March 17, 2008. Ten years later, the non-OEM parts industry continues to fight for federal legislation that would slash design patent protection automakers’ hold on crash parts, though the non-OEM parts industry is still thriving and the percentage of vehicles being declared a total loss has remained fairly steady---between 14 percent and 17 percent throughout the last decade. The prospects of the federal legislation moving forward took a hit in January when Sen. Orrin Hatch (R.-Utah), the bill’s chief sponsor in the Senate, announced he is retiring at the end of this year, and Rep. Darrell Issa (R.-Calif.), the bill’s chief sponsor in the House, announced his retirement as well.

5 Years Ago in the Collision Repair Industry (March 2013)

At last weekend’s East Coast Resolution Forum and Leadership Meeting, the president of the Auto Body Association of Connecticut said that more than three years after an association-led class action lawsuit resulted in a jury award of $15 million against The Hartford, no money has been received.

A jury essentially found in 2009 that unfair trade practices by the insurer led to suppressed shop labor rates. Tony Ferraiolo was unsure why there has been such a long delay in the judge’s issuing of a final judgment on the verdict in the case, but said that he expects that to happen soon, which would also bolster a similar lawsuit pending against Progressive Insurance. He said attorneys continue to pursue the Progressive lawsuit despite not having received payment in either case.

“That’s telling you these class action lawsuits might have some merit for all of us when they pan out, but you’re talking 10 years before they are done,” Ferraiolo said. “That’s a long time. One of the named plaintiffs in the case has sold his shop in the meantime. So these class action lawsuits are important, but not our total answer. We’re committed to keeping them going.”

– As reported in CRASH Network (www.CrashNetwork.com), March 18, 2013. In 2015, the Connecticut Supreme Court overturned the lower court’s judgment against The Hartford. The jury in the case found that The Hartford violated the state’s unfair trade practices act by requiring its appraisers to enforce an artificially low labor rate determined by the insurer rather than approaching the appraisal “without prejudice against, or favoritism toward, any party involved to make fair and impartial appraisals.” But The Hartford argued in its successful appeal that the “parties involved” were the insurer and insured, because an appraiser “could not possibly owe a duty of impartiality or reasonableness to the very shops with whom he is negotiating on behalf of an employer.” The state Supreme Court agreed that the unfair trade practices act does not “regulate the conduct at issue” in the case. “It would be patently unreasonable…for us to conclude that the [insurer] is lawfully permitted to determine the hourly labor rate that it is willing to pay for auto body repair [but] that [its] appraisers are ethically required to disregard that determination when negotiating on the [insurer’s] behalf,” the Court wrote in its unanimous decision. Shops, the Court said, are capable of representing their own interests and “certainly are under no obligation to accept insurance-related work that is not sufficiently remunerative.”