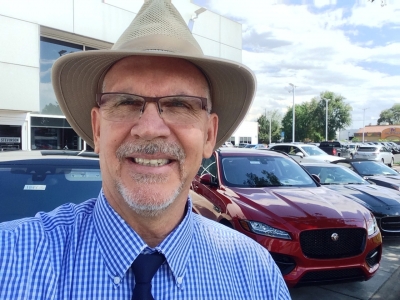 Greg LaPoint is the owner of GBI Title in Denver, CO. For the past 20 years, he has been helping mechanical and collision shops in Colorado and Nevada when customers abandon vehicles at their facilities.

Has this ever happened to you?

A customer brings in a vehicle and says they don't want to run it through their insurance. You give them an estimate, they sign it and you begin the work. When the job is complete, all of a sudden you can't reach the customer. You call every day for about a week and suddenly, you realize that no one is going to call you back. Hopefully you got a deposit, but either way you’re now in limbo, and it's going to cost you.

If you have a shop where your space is limited and parking is scarce, an abandoned car is like a squatter in your house. You can’t just kick it to the curb, because the law protects them. So now it's your problem, even though you were just trying to do your job.

At some point, uncomfortable thoughts start entering your mind, including all of the money you're going to lose over this abandoned vehicle. Your first instinct is to wheel it out to the street and act like you've never seen it before, but that can lead to problems down the road. If the owner of the vehicle (or his divorced wife who has the title) suddenly reappears, you could be stuck in court for months.

Greg LaPoint is the owner of GBI Title in Denver, CO, and for the past 20 years has been helping both mechanical and collision shops in Colorado and Nevada when customers abandon vehicles at their facilities. For even the most detail-oriented people, obtaining the titles of these cars isn't a do-it-yourself job that any body shop owner or manager wants to get involved in, LaPoint said.

"In Colorado, they call them 'lien sales' and in Nevada they're 'bonded titles,’ but either way, they're not something most people will be able to understand," he said. "It's a complex procedure and until you've done a lot of them, you're likely to make mistakes. It involves sending a lot of certified demand letters and documenting every step of the way. If you miss one little detail, you're in trouble."

Some states have made the process even more difficult---Colorado being one of them, according to LaPoint.

"They have so many rules and procedures now in Colorado. It makes it that much harder to get a title on these abandoned vehicles," he said. "In Nevada, the cars get sold at lien sales and the buyer gets the title in the mail while the shop gets paid. But in Colorado, they send the title to the shop and then they have to sell the vehicle and store it until then. They sure don't make it easy for the shops."

In Colorado, the state employs VIN Inspectors through their State Patrol offices, so before any abandoned vehicle can be sold, it must go through their system in order to ensure the car isn't stolen. LaPoint realizes that it's a necessary step, but also a little illogical.

"From my experience, car thieves don't take stolen vehicles to shops for repairs," he said. "I have never seen it happen, nor have I ever heard of it happening, but I guess it is what it is."

In Colorado, LaPoint's clients have to transport the abandoned vehicle to a State Patrol office, which means they have to tow it there---which is another hassle.

"It's another cost and in some cases, the car will sit for 6-8 weeks until we can get the VIN inspection," he said. "How hard is to find a VIN number and run the vehicle to see if it is stolen or not? It's crazy. Colorado’s ‘bonded title’ procedure is two or three times more difficult than it even needs to be in my opinion. It is hobbled by red tape."

When it comes to abandoned cars at shops, LaPoint gets philosophical on the topic.

"If you're in the business of fixing people’s cars, you are going to run into it, but it's not the end of the world,” he said. “Why do people just walk away from their cars? I tell them about the three D's---departed, deported or divorced---and usually one of those three is the reason. Also, people figure out that their vehicle is a piece of junk and they don't want to pay the deductible."

One of the main problems that LaPoint's customers encounter is not acting quickly enough once they realize that a vehicle has been dumped on them, he said.

"In some cases, they don't do anything for two years and the whole time the car is sitting in their back lot while its value diminishes,” he said. “Once they do start the process, they're not even recouping the costs of the repairs. So, I would suggest that as soon as you know that a certain vehicle isn't going anywhere, contact someone like me to expedite the bonded title. The longer you wait, the more it will cost you."

More in this category: « Industry Veteran Invents Useful Tools at Collision Edge First Impressions: The Appearance of Your Facility Might Be a Liability »
back to top