Retro News: Industry Calls for Ban on Non-OEM Parts on Vehicles Under Warranty - 20 Years Ago 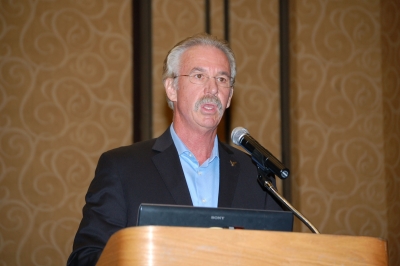 20 Years Ago in the Collision Repair Industry (August 1997)

A ban on the use of non-OEM parts on vehicles covered under warranty, and a call for insurers to share more information about their claims handling guidelines were among the issues debated by shop owners, association leaders and other participants at the National Leadership Conference held in August.

The National Leadership Conference brings together leaders in the industry for a day of training as well as discussion of national issues. The conference allows participants to prepare and debate industry position papers or resolutions.

At the conference held in Anaheim, CA, three resolutions were approved with little or no opposition among the more than 100 participants:

• One stated that non-OEM parts should not be used in the repair of a collision-damaged vehicle that is still under warranty if the use of such parts would violate the warranty.
• Another called for a change in federal regulations to require airbag systems be replaced (or otherwise made operational) as part of the repair process if a vehicle had such systems originally.
• A third deemed the current system by which shops are compensated for refinish materials “archaic,” and called for the use of refinish materials manuals or guides found to be fair, objective and acceptable across the insurance and repair industries.

– As reported in Auto Body Repair News. There has been only some movement in the industry toward the goals of the three objectives. Federal air bag regulations have not changed. Some states, including Arkansas, limits the use of non-OEM parts on vehicles still under the manufacturer’s warranty, though non-OEM parts proponents are working to loosen such restrictions. And 20 years later, less than 20 percent of shops are using a materials invoicing system (according to a “Who Pays for What?” survey earlier this year), although more than 60 percent of the shops using such a system say they are paid "always" or "most of the time" based on the materials invoice by the eight largest auto insurers.

Previous Page Next Page »
More in this category: « Insurers Keep Right On Steering Data is the Tool, Information is the Currency »
back to top