Bruce Roistacher has tried in excess of 100 jury trials in federal and state courts. He is a former NYC prosecutor and has previously represented insurance companies, which can be a great advantage to his automotive clients.

Bruce can be reached at Bruce@AutobodyAttorney.com or by phone at 866-Law-MANN. 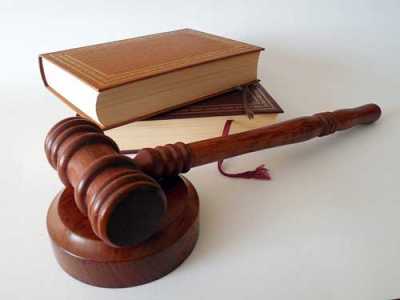 I am excited to initiate this monthly column that will keep shop owners up-to-date regarding important legal cases, rules and regulations, and new operating procedures that affect our industry.

I seek to do this in plain English and answer any questions that shop owners around the country may have regarding the above.

Obviously, I cannot give any legal advice and this column will consist of my own opinions regarding legal issues.

The State Farm Case That Never Seems to End

The State Farm non-OEM crash parts lawsuit has taken many winding turns. A trial on an important issue is scheduled to begin on Sept. 4, 2018.

During the last court appearance, the Illinois Supreme Court indicated that it will be notifying consumers who were insured by State Farm and had non-OEM crash parts installed in their vehicles between July 28,1987 and Feb. 24, 1998 that a class- action lawsuit may affect their rights.

You may recall that there was a $1.05 billion damage award in favor of approximately 4.7 million State Farm policyholders regarding those non-OEM crash parts. The class-action lawsuit involves everyone who prevailed in the Avery, et al v. State Farm $1.05 billion lawsuit, which was subsequently overturned by the Illinois Supreme Court following the election of Chief Judge Lloyd Karmeier. According to the plaintiffs, Karmeier should have recused himself because (and get this) State Farm contributed more than $4.8 million to Karmeier’s election.  Of course, both State Farm and the good Judge deny any wrongdoing.

However, the  lawsuit  is  seeking  new damages of $7.6 billion for the entire class.

I will keep you informed as to the status of this case, which is sounding more like a television series on Netflix.

Litigation Across The Country Is On The Rise

In New York, Nick Orso's Body Shop of Syracuse is suing for nearly $3 million from State Farm, Allstate and Adirondack Insurance Companies. The suit alleges capping and short payments from the use of PaintEx and other labor itemization methods. The lawsuit is similar to Leifs Auto Collision Centers of Oregon wherein Leif Hansen alleges that insurance companies are practicing “triple D” tactics, i.e., deny, delay and defend.

Previous Page Next Page »
Read 4068 times
More in this category: Ask the Auto Body Attorney: September 2018 »
back to top