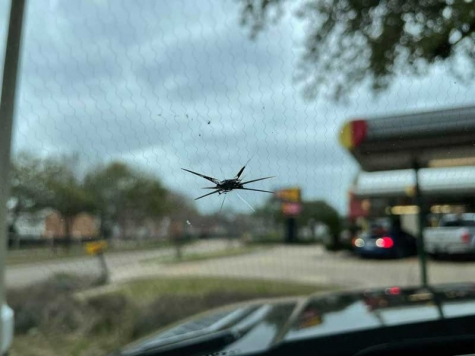 When Richard Campfield was looking into starting a retail windshield repair business 35 years ago, he conducted some direct marketing to determine if it was worth pursuing.

When he approached consumers with a chip or stone break, the typical response was, “It has been there for years; give me your card.” However, a consumer with a long crack asked if it could be fixed immediately.

Campfield, founder of Ultra Bond, opened a mobile service in 1986 focused on windshield crack repair and fixing the long cracks and chips that weren’t being addressed. At the time, there was not much information or technology about how and when to repair cracks.

He began by trial and error and field testing followed by lab testing, to find out what it took to meet the same federal safety standard (FMVSS 205) as a new windshield and confirm the safety and efficacy of the field tests.

Since then, new vehicles have been introduced with an increasing amount of technology and Advanced Driver Assistance Systems (ADAS), such as lane departure warning, collision avoidance alert and heated wipers and windshields. These systems may use lidar, radar, cameras, sensors and other devices. As a result, Campfield said replacing automotive glass is not as straightforward as it once was and the cost has tripled.

Campfield recently teamed up with one of his competitors, Korey Gobin, sales manager at Delta Kits, to share information on how collision repairers can conduct windshield repairs in the age of ADAS and generate more profit in their facilities.

Their presentation was held during Auto Glass Week 2021 at the Orange County Convention Center in Orlando, FL. Over three days, a wide range of presenters discussed current trends and issues in regard to automotive glass repair and replacement.

Step one, according to Gobin, is to know yourself.

“Know who you are,” he said. “Know your value and what you bring to the table. A lot of people forget that.”

With the addition of ADAS features in new vehicles, Gobin said there are opportunities now available with windshield repair and replacement, and highly recommended repairers consider generating more with what they already have.

For those considering adding or increasing windshield repair in their auto body shops, Gobin said it is a simple and easy process that takes about 15 minutes. In addition, windshield repair has very low overhead and costs approximately $1 or less in supplies.

“We all know that time is money and time is very valuable,” he said. “If you’re not doing windshield repair, you should ask yourself, ‘Why not?’”

Gobin offered three ways to generate more profit with windshield repair: word of mouth, creating a referral program and what he referred to as “old-school” methods.

The best business card, according to Gobin, is word of mouth.

“If you do a good job, someone is going to tell somebody,” he said.

Therefore, he stressed the importance of being very vocal and letting existing customers know the business’s services.

“We tend to think that everyone knows the services we offer, but a lot of people actually don’t,” said Gobin. “It’s your job to let existing customers know the services you offer, windshield repair in particular.”

Many customers also don’t understand what is involved in a windshield repair and the value of doing it, so Gobin recommended taking the time to explain.

“Instead of assuming, actually state what windshield repair is and the actual value you bring them,” said Gobin.

This includes letting customers know it is easy to do and won’t take much time, and they can save money having the windshield repaired rather than replaced.

Another way to generate more profit in an auto body shop with windshield repair is by creating a referral program. This involves offering customers a giveaway or reward for recommending the business to someone.

He suggested being creative when coming up with an incentive to refer someone to the auto body shop. Examples include offering a discount on the next purchase, a free product, paying for a related product and/or a bonus upgrade.

Some businesses are also finding success using “old-school” methods, such as cold calling and partnering with other companies. Gobin suggested reaching out to high-volume companies in high-traffic areas that deal with vehicles, such as car dealerships, lube shops and car washes. After explaining the value the business can offer to them and their customers, Gobin recommended aligning with them.

“Be alert and aware of what’s out there and work with them,” said Gobin. “Having these types of businesses potentially offer or mention your business for windshield repair doesn’t take away from their existing business… and can help generate more revenue.”

Campfield recalled securing this type of business relationship at a carwash in 2012. When he asked customers about chips in their windshields, he received the same response he did when first opening his business in 1986: “It has been there for years.”

He began telling potential customers they have already paid for the repair in their insurance policy instead of saying it was free.

“The word 'free' often brings up skepticism, so that got their attention,” said Campfield. “I found a way to say it more effectively and they seem to be more susceptive to getting a repair.”

About half of Campfield’s local retail auto glass repair income for decades has come from windshield cracks.

“Even though it is about one-third of our business, it is half the income because the amount charged for a crack is higher than that of a chip,” he said.

Through his extensive experience repairing and replacing windshields over the years, Campfield has found the efficacy of fixing cracks is there.

“Structurally, it’s the most superior repair you can do,” he said.

The resin for chips is limited to thin, low viscosity resin, whereas the resin used in cracks with the proper tools can be 10 to 100 times thicker.

“When a consumer comes in with a chip, they say, ‘I don’t want it to crack.’ When they have a crack, they say, “I don’t want to replace it,’” he said.

In either case, Campfield said always be up front with customers.

“Your customers deserve respect, to be told the truth and to be given their options on whether the windshield is repairable or not,” he said.

In 2007, Campfield helped create the American National Standard Institute (ANSI)---Repair of Laminated Automotive Glass Standard (ROLAGS). This standard has been updated in 2014 and is currently being updated again. It can be used to evaluate damages on laminated auto glass, aid in the decision to repair or replace the glass and codify the current best practices of laminated auto glass repair.

Campfield said the importance of having a National (ANSI) Standard is two-fold.

“First and foremost, it is to prevent consumers from being misled into unnecessary replacements,” he said.

Campfield gave the example of being told a crack cannot be repaired if it is longer than a dollar bill or 6 inches.

Second, he said it requires windshield repair manufacturers and sellers to lab test their products to ensure repairs meet visual, durability and mechanical strength restoration. This helps makes sure businesses buying windshield repair kits, tools and resins would know they were safe to use on their customers’ windshields.

Some cameras have built-in windshields that must be calibrated after a replacement so they operate properly. Currently, Campfield said there is no evidence any type of repair under the ROLAGS has caused problems with ADAS.

“However, to be on the safe side, the Auto Glass Safety Council is developing the ROLAGS II to address if any of the break types at certain distances from the camera[s] will cause any alteration to any ADAS functions,” he said.

Campfield shared the results of surveys he has conducted over the years that demonstrate the size of this untouched market.

Parking lot surveys of windshield damage from 12 states showed out of 5,523 vehicle windshields surveyed, there were 767 cracks and 2,202 stone breaks/chips.

Campfield said windshields are the most frequent auto insurance claim in the U.S. and the recalibration of ADAS has increased both the number of claims and claim costs.

“Insurers favor repairs over replacements and so do consumers,” he said.