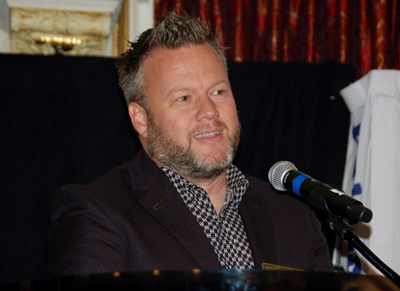 A panel of manufacturers of electric vehicles shared information collision repairers will need to know about their vehicles.

A lot of has been written about potential challenges EVs pose in the paint shop, but representatives of several electric vehicles downplayed that concern in terms of their companies’ vehicles. Jake Rodenroth of Lucid Motors noted his company started out producing batteries before vehicles.

“So we’ve been doing this a while, and in our case, baking is not really a concern,” he said. “You don’t want to get crazy with temperatures, but it’s not as bad as it used to be.”

“We have a position statement already in place about baking the vehicle. It’s not a concern,” Logan said. “Today’s downdraft paint booths move air very efficiently, and the good thing is the battery is on the outside bottom of the car.

"Battery engineers always freak out when you talk about putting the car in an oven and turning it on," Logan continued. "They think worst case scenario. But in reality, when you’re baking that vehicle, the panel is 150 degrees or maybe it gets to 160. But at the bottom of that car, with all that air coming down, it’s never really hitting that temp.”

But Ben Cid, collision business manager for Mercedes-Benz, said shops also shouldn’t rely on general practices that say “always do this” or “never do this” for all vehicles; look at the OEM procedure “for the specific vehicle you’re doing at the time you are doing it,” Cid said.

To that end, Rodenroth noted his company prefers use of liquid masking on their vehicles, but in any case doesn’t want the front end bagged improperly because of the vehicles’ cooling fans.

“Those are really powerful, so you can suffocate the car,” Rodenroth said. “Follow the service manual. We have some direction around that.”

Logan, whose company is on track to deliver a total of 25,000 vehicles this year, said the company has visited hundreds of body shops in the past year as it began building a certified network. One thing he said they look for is whether specialized equipment within a shop is clearly being used and not just gathering dust in a corner.

Non-certified shops will find the automaker is limiting the sale of many parts.

“We do have restricted parts,” said Frank Phillips, collision program manager for Rivian. “We use the phrase anything welded, riveted, bonded is a restricted structural part. Anything to do with high voltage is restricted. Anything to do with safety, such as airbags, seat belts, are all restricted parts. One of the other things we restrict are the targets for calibration. Those are limited to our certified network to help [ensure] confidence that the calibration is being done correctly.”

Both Rodenroth and Logan acknowledged they don’t yet have a “service mode” for their vehicles that a shop can use to ensure EV owners aren’t able to connect with the vehicle through their app and aren’t getting notifications based on what’s happening with the vehicle during repairs.

“We have a service mode that is in the works that will come over with another update at the end of the year,” Rodenroth said. “We do have a switch or button in there called ‘tilt and shake mode’. It shuts off the alarm and notifications so it’s not ringing while the vehicle is on the tow truck.”

Logan similarly said a service mode is “in the engineering pipeline” that will be available “in the near future.”

In the meantime, they said, collision repair shops may want to disable certain systems on an electric vehicle in for repairs, in part to reduce "parasitic draw" on the vehicle’s 12-volt system.

“The vehicle’s security system can bring the 12-volt circuit down if the cameras are actively recording for theft or damage,” Rodenroth said. “In our case, we have 14 cameras. When you’re recording that level of stuff, it can draw the battery down. So if you take a vehicle in, go over it with the owner and make sure they turn this stuff off, because you won’t be actively charging [the vehicle] every night like they do when they are at home.”

The environment can also contribute to parasitic draw and to how often an EV in for repairs will need to be charged.

“Depending on how hot a Rivian gets, it will turn on the air conditioning system to cool and maintain that battery,” Logan said. “Or if it’s extremely cold out, the car may need to heat up that pack. So it’s not uncommon when you have an EV all torn apart, you can see an increase in the parasitic draw. It’s running systems behind the scenes. You may have to charge that vehicle a couple times during the repair process.”