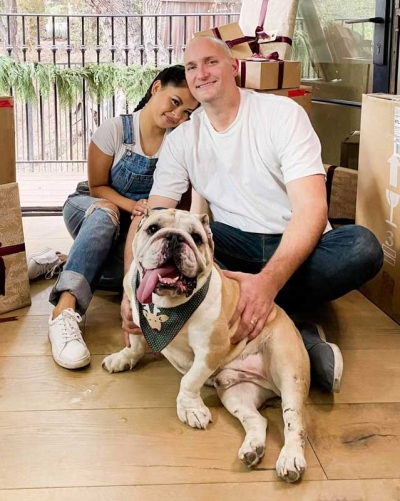 Nathan Simmons has co-owned C&C Collision in Alhambra, CA, for 23 years, and has worked hard to help the company grow.

During the same time, he has been able to build a healthy side business that is also growing---Bonsai trees, a passion that has turned into much more.

During the week, Simmons manages 14 collision professionals with his co-owner, Rett Comer, a childhood buddy who worked with him painting cars in Simmons’s garage when they were 16 in South Pasadena.

“One day, I asked my mom if I cleaned up the garage, could I paint cars in there and she said yes,” Simmons said. “I don’t think she realized that we were going to turn it into a little business. We put tarps everywhere, drywalled it and hung lights and after a while, we got really good at it. We started painting all of our friends’ vehicles until one day some guys in suits dropped by.”

The city’s chief fire inspector and other officials informed Simmons in a very direct way his little business was no longer in operation.

“We tried to tell them this is not a job, just a hobby, but they weren’t buying it,” he said. “The City of South Pasadena wasn’t thrilled about what we were doing and they told us they could fine us as much as $5,000 a day, so we had to shut it down.”

That experience was unpleasant, of course, but it planted a seed in their minds that eventually led to the establishment of C&C Collision.

“Maybe we can actually pursue this,” Simmons said. “So, we started saving our money and began improving our skills by going to Citrus College in Azusa, CA, to learn more about fixing cars. We realized that we already knew most of the information, but we wanted to learn as much as we could.” The duo purchased an existing shop and jumped in with both feet.

“Going from the garage to running a full-blown business with employees was a big reality check, and it got a little scary,” he said. “We realized that we had to make a minimum of $35,000 just to keep the doors open, but we always figured out a way to do it.” The shop moved several times before landing at its current location in Alhambra, CA, in 2012. The business has grown every year via word of mouth.

C&C Collision has established a name for backing up its motto, “There’s no question with perfection,” and its 370 five-star reviews on Yelp are a testament to doing things right.

In addition to running his shop, Simmons served as the president of the Glendale/Foothill chapter of the California Autobody Association and as a member of other trade associations.

“I networked with other shop owners to learn how to play the game, primarily with the insurance companies,” he said. “My customers were being steered to other shops, and I could see that some of their labor rates were bogus. So, I did my own survey and have used it successfully for many years now.”

Since the age of 12, Simmons has been fascinated by Bonsai trees and the culture surrounding them. It all began in 1988, when he saw a collection of these miniature trees at the San Diego County Fair in Del Mar, CA.

"They were the most magnificent things that I had ever seen,” he said. “Around that time, a lot of people were getting into Bonsai trees because of the 'Karate Kid' movie, and I guess I was one of them.”

Bonsai have been around for more than 1,000 years. The goal of growing any Bonsai is to create a miniaturized but genuine representation of nature in the form of a tree. Bonsai are not genetically dwarfed plants, and any tree species can be used to grow one. Simmons takes Japanese black pine, juniper, Japanese maple, olive and oak trees and turns them into Bonsai.

Once he sinks his teeth into something, Simmons is a man on a mission. He went to the local library and did his research while talking to anyone who he could about Bonsai. He bought his very first tree from a small Japanese nursery in San Marino, CA, and from then on, he was hooked.

“I was calling nurseries and I read as many books as I can, but I knew I wanted to go even further. I started going to a school to be trained on how to develop Bonsai trees, every weekend for almost a year. It wasn’t exactly wax on, wax off, but it was an amazing experience.”

Simmons has had many Bonsai teachers along the way, including John Wang of El Monte, CA, who is probably one of the country’s top experts on the subject. He is a member of the Bonsai Society at Descanso Gardens in La Canada, CA, and sells his trees at several large Bonsai shows annually. Today, Simmons raises Bonsai that sell for $1,000 on average, but his biggest sale was $2,500. He is known for raising high-quality trees and it can be a profitable business if the cycle time won’t kill you.

“Time is your friend when it comes to Bonsai,” he said. "I started this process 20 years ago and my goal back then was just to keep them alive. I wasn’t advanced to grow them yet. I love this from an artistic aspect and also from a horticultural aspect and when people are thrilled about my trees, that’s truly special.”

Ten years ago, Simmons planted 300 trees on his father’s avocado ranch. Every year, he takes five to 10 from the ground, puts them in pots and takes time to develop them. As a result, Simmons has access to some excellent cuttings year round, and his customers love the results.

Now, people know Simmons as “Bonsai Nate," a knowledgeable veteran and an expert on Bonsai.

“People reach out to me all the time and I often do demonstrations," he said. “Bonsai has taught me a lot of things about life and exposed me to some wonderful people who share this passion.”