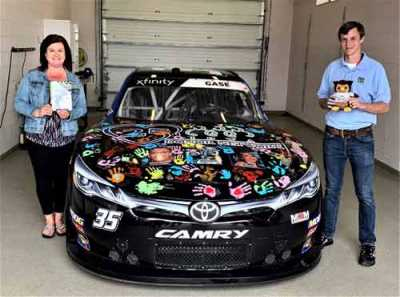 Some people love to donate to their favorite causes and support charities and nonprofit organizations they believe in. But, what would you do if someone needed a kidney?

Brenda E. Cortez, a marketing rep with Lou’s Auto Body CARSTAR and Auto Body Express CARSTAR in Wisconsin, was presented with this scenario 15 years ago, and did not hesitate to help someone she barely knew.

Today, she has only one kidney, but as a result of this selfless gesture, Cortez’s life has changed in many ways, enabling her to change the world through her books and public speaking.

The journey began one day in 2004, when a random conversation changed two people's lives forever.

“I was volunteering at my kid’s school one day,” she said. “A woman whose children were also students there mentioned that she was going to start dialysis soon and that she was on waiting list for a transplant, but she wasn’t having any luck.”

When Cortez found out her and the woman’s blood type were a match, it was decision time.

“I told her I’m O negative and if you want me to donate, I’m in,” she said. “I had to go through a lot of testing, including lots of blood work and a psych evaluation before I was allowed to donate the kidney.”

In March 2005, the successful transplant took place after an operation that took roughly two hours, followed by four nights in the hospital.

“Our operation rooms were next to each other and everything went smoothly,” she said. “It was like having a baby, but in this situation, I was able to help someone in need.”

The recipient hasn’t had to go through dialysis since the transplant took place 15 years ago, which makes Cortez feel good.

“She is living a healthy and productive life, so that’s very satisfying,” she said. “I had a kidney and she needed it, so I didn’t hesitate to help and I haven’t looked back since.”

One of the best things that came from the donation is the fact that now Cortez’s life is completely different, as a children’s book author, a mentor for other living donors and a spokesperson. And it all began with a little owl who wasn’t afraid to tackle tough topics with respect and compassion.

First, Cortez came up with an acronym that capsulized her mission, which led to the genesis of her main character.

“I was looking for a slogan and came up with Help Others with Love (HOWL.) I realized that it spelled out HOWL and rhymed with owl. I was looking for a cute animal character for my children’s book series that kids could relate to and learn from," she said. "I have always adored owls, so of course it made sense that Howl the Owl® should be that character to teach kids about kindness, helping others and organ donation awareness.”

Cortez’s experiences have sparked her passion to make a difference in the lives of children through her children's literature, and educate them about what organ donation is and how it helps others.

Her book titles include "Howl Learns About Kidneys and Dialysis," "My Mom is Having Surgery---A Kidney Story," "Howl Helps Others" and "Howl Gets a Heart."

Today, Cortez loves visiting schools and other venues to share her special message.

“I make presentations about empowering topics that include organ donation facts and statistics, how to be kind, helping others, as well as reading and writing for young authors.”

Cortez continues to write books and now has a total of nine titles starring her celebrity owl. She also created a plush version of Howl the Owl and a mascot costume. She supports the organ donation community by donating partial proceeds from her books to Donate Life America.

Howl the Owl books are often purchased by hospitals to give to organ donors, recipients, and their families.

Cortez does book signings and is adding to her series regularly, with each book taking six to nine months from conception to completion.

Her publisher is Nico 11 Publishing and Design in Mukwonago, WI, whose owner, Mike Nicloy, is coincidentally a kidney recipient from a living donor.

Howl the Owl is well-known within the world of living donors and transplant recipients, but Cortez has even bigger plans for her wise bird and his adventures.

“I just got a shipment of 500 plush Howls and more and more people are buying the books,” she said. “I want Howl to become a household name, like Winnie the Pooh, so that when people think about organ transplants, living donors and recipients they think of Howl.”