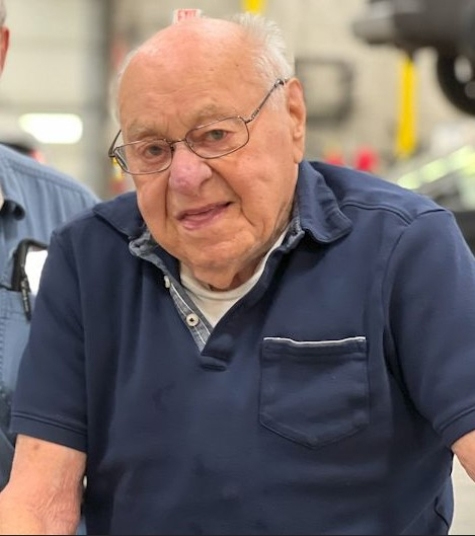 If you want to live a long and healthy life, consult Richard “Pinkey” Feest, the enigmatic owner of Pinkey’s Capital Auto Body in Milwaukee, WI.

When Feest entered the industry, there were no DRPs, self-driving cars were something out of sci-fi movies and the average body tech was earning $10 to $15 hourly.

Pinkey got his nickname at birth when his sister exclaimed, “What a cute little baby, he’s all pink."

“I don’t mind the nickname at all, and I never mind it when people call me Pinkey,” Feest said.

Pinkey fell in love with the body shop life at age 12 and never looked back, he said.

“One of my cousins was married to a guy who owned a body shop, and he allowed me to hang out there and watch the techs in action," Feest said. "I was enthralled with the process, and pretty soon, they let me work there on Saturdays and after school. Sometimes I would work late into the evenings, and I never tired of it.

"My buddies were going to dances and football games, and I missed them all," he said. "When I saw these body men doing amazing work with their hands, I knew this was the right career for me. This shop was my classroom, and these highly-skilled collision professionals were the best teachers in the world! If you love your job, you’ll never work again.”

Any business that has been around since 1956 has been through its own set of trials and tribulations. There was a fire, a little family drama sprinkled in, and the pandemic, which has made everyone’s lives tougher over the last few years.

After serving in World War II, Feest landed a job at a body shop that he would buy. When he saw there was an opportunity, he jumped on it.

“I was in the service overseas for three years, and the night I got back I partied and then the next morning I went to work at the body shop at 8 a.m.

"I approached the owner and told him nicely that I didn’t think he really wanted to own a body shop," Feest said. "He had a lot of other businesses, including oil interests and part ownership of a Kentucky Derby horse. Collision repair wasn’t on the top of his list, and it turned out to be right. I didn’t have any assets, so I had to negotiate with the bank. They said my loan wasn’t big enough, so they gave me more money and I hit the ground running. I always wanted a shop and I finally had one!” Pinkey’s Capital Auto Body in Milwaukee, WI, is one of the oldest shops in the area.

“My intention from the very beginning was to make this a family business,” he said. “My grandsons will be running the whole show in a few years, and I’m thrilled. They have turned out to be wonderful additions to our company because they work hard and everyone can see it.

"When my sons started working here, we gave them the dirtiest jobs we could find and told them to work their way up. And now we are doing it the same way with my grandsons. Someone has to do the dirty jobs, and no one is special here---these are great lessons for young people.”

The shop is busy all the time, repairing 2,000-plus vehicles annually and booked up two months ahead. Longevity and exemplary customer service mean Pinkey’s Capital can compete with the bigger chains in his area. Local media exposure and traditional advertising have enabled the business to become a household name.

“We have been advertising on buses for a long time, so people know our logo and our name because it’s all around town,” he said. “One of the local television stations has interviewed me at least three times---on my birthdays and when we hit our 65th anniversary. A reporter told me that I am likable and people love a story about people who love what they do and willing to work hard. I like that message!”

In an industry where it’s difficult to find and retain qualified people who have a passion for collision repair, Feest keeps his people happy and productive.

“We don’t treat our people just like employees and that’s why turnover has never been a problem," he said. "We had two technicians who retired after working here for 40 and 50 years, respectively. All of our guys are essentially combo techs, which means that they do a repair from start to finish. Some shops prefer a factory-like production system, but true satisfaction comes from doing their entire job. They can look at a finished vehicle and say---that’s my work---instead of saying I did that one fender.”

Feest’s mantra has always been to pursue quality in lieu of speed.

“We never rush our people because the most important thing is doing the repair right,” he said. “It’s an approach that really pays off, and that’s why we have a great reputation.

"In the collision repair industry, we are in the trust business. When they hire us to work on their cars, they trust us to do it right. One comeback or shoddy work can hurt a business, and that’s why we strive to avoid those problems," he said. "In this business, it’s all about the details, so we focus on the little things. You can come through like a champ, but the customer will remember that forever if you forget just one little thing.”

At 98, Feest has assumed a mentor/teacher role at the shop, from which he gets great satisfaction. Whenever he shows up, Feest isn’t afraid to instruct his grandsons about the finer points of the industry. It’s knowledge he’s been collecting over seven decades, and he is proud he built Pinkey’s Capital all with his own two hands.

“My kids just signed me to another 100-year contract, so it looks like I’ll be here for at least a few more years,” he said with a laugh and that Pinkey smile.